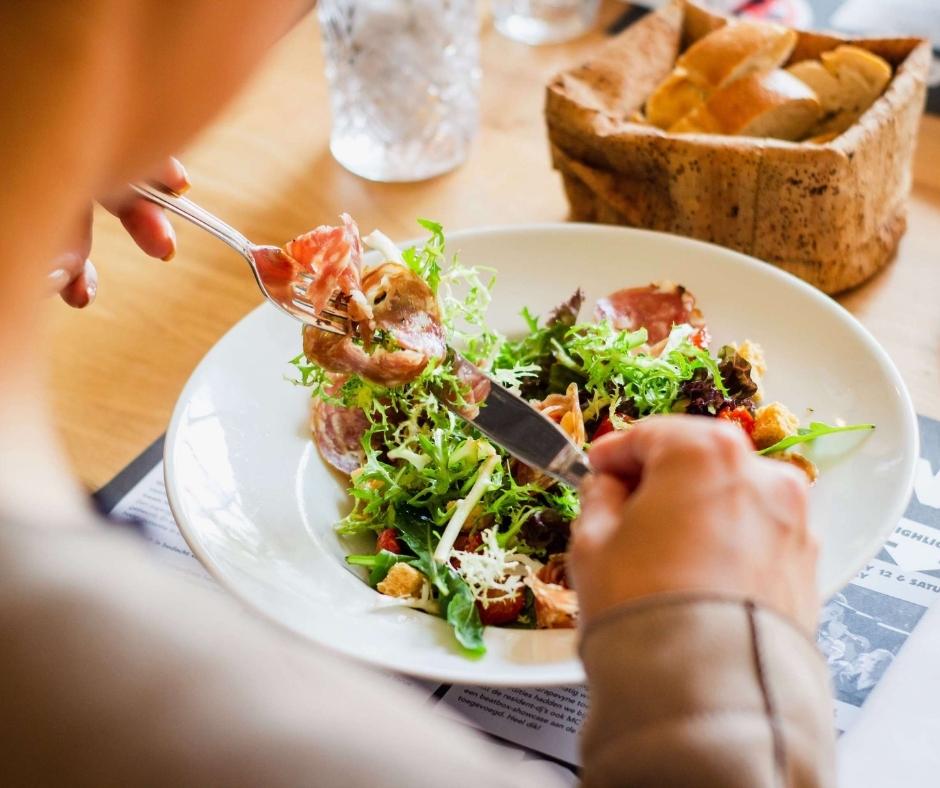 Why And How Your Metabolism Slows Down When Dieting

For a while you could hear the words “broken metabolism” everywhere in the online space.

People were saying that years of dieting had “broken” their metabolism and damaged their hormones to an extent that they were now unable to lose weight.

It almost seemed like a ‘Hail Mary’ to anybody who could not understand why they were struggling to lose weight, even though they believed to be in a caloric deficit.

First of all let me say that many people who think they are in a caloric deficit – are not. Most of us underestimate our caloric intake (not logging occasional licks and bites or eating too many processed foods that don’t necessarily have accurate food labels) and overestimate our activity level.

Secondly, the concept of a “broken metabolism” has been debunked as a myth many times over and it has been shown that frequent or sustained periods in a caloric deficit don’t cause your metabolism to “break”, but rather cause it to down-regulate or adapt.

“Broken” would mean it is a permanent adaptation, “down-regulated” means it can be restored.
This is the good news.

The bad news is still that dieting affects your metabolism and if not done in a planned and structured way, a diet might well leave you gaining more fat back afterwards than what you started with…Not ideal!
So knowing why your body adapts to a deficit in the first place, how it tries its absolute best to conserve energy when dieting, how your hormones are affected and what other physical adaptations that leaves you with can help you through the dieting process and more importantly can help you plan out your diet – and your diet after the diet! 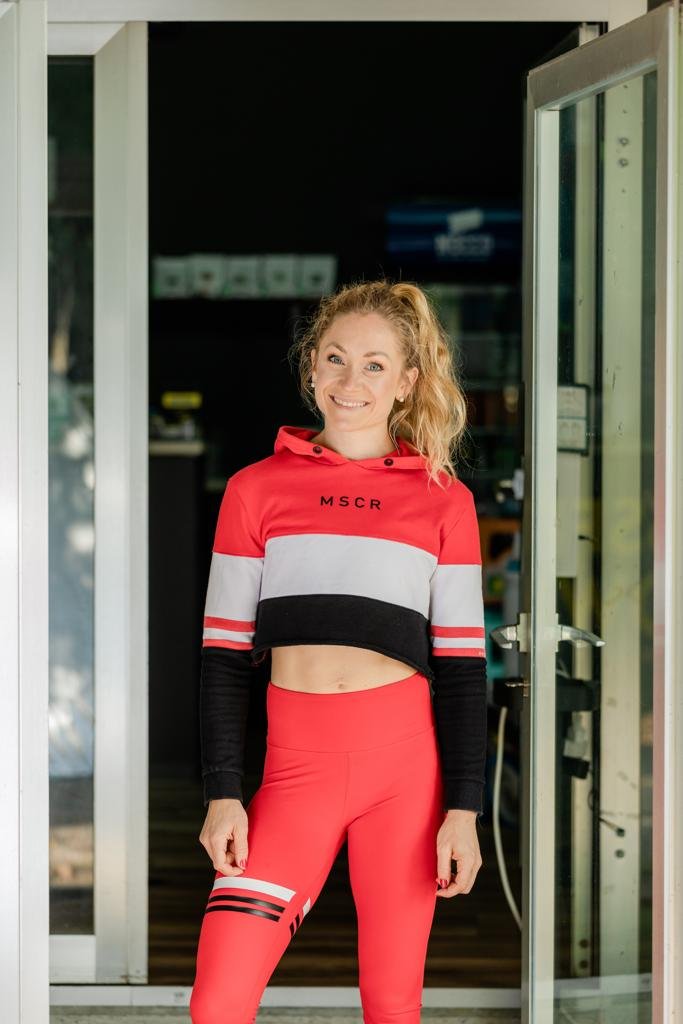 'why and how your metabolism slows down when dieting'

So Let’s Dig Into WHY Does Our Metabolism Down Regulate Through Dieting?

Think of it from an evolutionary standpoint. Your body is receiving signals that there is a shortage of food (less food/calories going in than before). It understands this as a potential famine and so it wants to protect itself from starvation (little does your body know the next McDonalds is just around the corner…).

So from an evolutionary perspective this is super helpful, because it means in the future you can survive on less food. For us nowadays, not so convenient, because it means our maintenance calories are lower after a diet than they were before. And if at some point after your diet you would want to lose fat again, you would have to lower your calories even more than you did the first time to see any change at all… But you can only go so low with your calories and then what? Add an extra 3 sessions of cardio? Not sustainable or optimal for longevity…

Thankfully there are strategies you can implement to help you minimize “the damage” (or more like the adaptation in this case) a caloric deficit has left on your body.

We will go over these strategies shortly, but first let’s explore…

HOW does your body actually adapt to this caloric deficit?

Most likely all of our bodily functions are affected in some way by a caloric deficit, but here are some of the main ones:

Even when we keep our Exercise Activity Thermogenesis high (for example by increasing training frequency or volume and adding cardio here and there), it is very difficult to make up for the other 90% of your down regulated TDEE.

It’s also important to note that this down-regulation is usually much higher than what we expect, looking at the fat loss or size of our caloric deficit. Adding on to this, these down-regulations usually stay in effect even AFTER the diet. This down-regulation is called “adaptive thermogenesis” and explains to a large extent why we hit weight loss plateaus and why gaining the weight back after the diet is so easy.

“Energy deficits and extremely low levels of body fat present the body with a significant physiological challenge. It has been well documented that weight loss and energy restriction results in a number of homeostatic metabolic adaptations aimed at decreasing energy expenditure, improving metabolic efficiency, and increasing cues for energy intake.” (1)

2. The body wants to prevent starvation in the future

All the processes named above essentially help prevent future starvation, but here are some additional adaptations that may occur:

Losing fat means fat cells shrink and with that less leptin is secreted- one of the body’s main hormones regulating hunger and metabolic rate. Ghrelin on the other side, the body’s main hunger stimulating hormone, is increased which makes it more and more difficult to feel satisfied as your diet goes on… The list goes on and on as basically every hormone in our body is affected through dieting in one way or another (for example cortisol goes up, sex hormones go down) and this unfortunately also includes our thyroid stimulating hormone (TSH), which also plays part in lowering metabolic rate.

Research also clearly shows that not only do we become more efficient using energy DURING a diet, but even after a diet our bodies are more likely to store excess energy as fat than it was before. Adding on to this, big refeeds after a diet (aka binges, cheat meals, cheat days etc) may actually increase the production of small fat cells (again, think evolution, and preventing the danger of death by starvation…) which also could be part of the reason why it is easy to gain EVEN MORE weight back AFTER the diet.

Does this mean we should avoid diets/calorie deficits?

It simply means you should consider that frequency and duration of a caloric deficit have a direct impact on your metabolism and that a structured approach and a specific plan for after the diet are necessary in order to keep these negative effects to a minimum.

Here are some of the best strategies you can use to keep the “damage” or “adaptation” to a minimum: 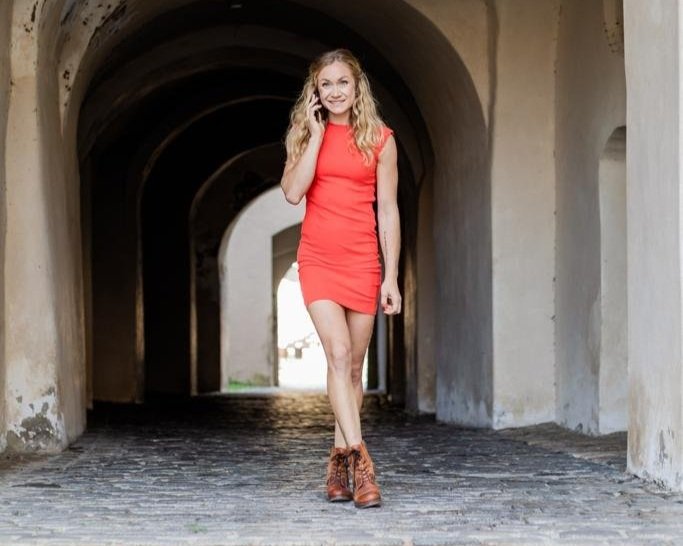 The purpose of this post was not to make you scared of dieting. It was simply to show you that certain “symptoms” are completely normal during a cut (for example feeling increasingly hungry), that your entire body is affected by a diet for longer than just the duration of the diet (down to a hormonal level) and why yoyo-dieting is so dangerous and usually leaves you worse off than before.

However, if you approach a diet with all the things we have spoken about in mind (most importantly the periodisation of your diet) you can successfully lose fat, maintain lean muscle mass, eat an amount of food that allows you to perform well and feel good and stay healthy overall long term. 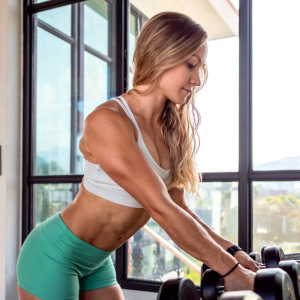 M.Sc. Exercise Science, Health Promotion & Nutrition: Owner & Coach At Nutrition Coaching And Life, Loves Helping People Lose Weight And Reach Aesthetic Goals Through Periodized, Sustainable And Balanced Nutrition, Fitness And The Right Mindset. If you enjoyed this article, make sure to check out www.nutritioncoachingandlife.com and follow Lisa @nutritioncoachingandlife on instagram. 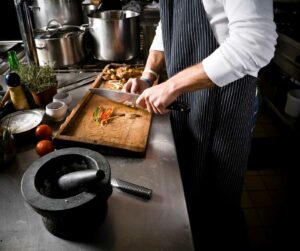 Meal prep: Get Consistent and Save Time 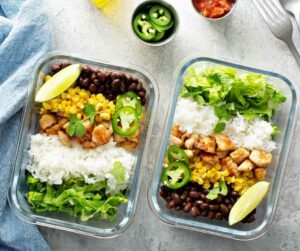 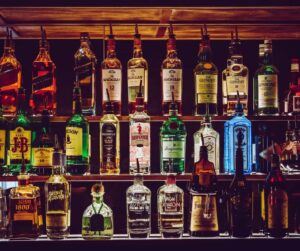 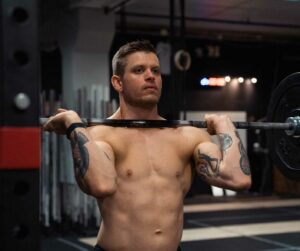 How to maintain muscle mass and performance while cutting

Get weekly updates and knowledge dropped straight to your mailbox. Free copy of our all-inclusive e-book ‘The Definitive Fat Loss Nutrition Guide’ included.